This weekends's FA cup results was something am still finding difficult to comprehend.
The premiership clubs suffered some real terrible and humiliating defeats against clubs from the lower divisions and even non league teams.

Liverpool, Spurs, Norwich, QPR are all out of the FA cup, Chelsea just managed to escape while Arsenal, Manchester United and Everton won their matches.
Where did the premiership teams go wrong? I staked some amount on the above teams and lost everything yesterday, no thanks to the shocking results.
I did some post match analysis and came to some reasons as to why those teams lost, i may be wrong but this is what i feel- 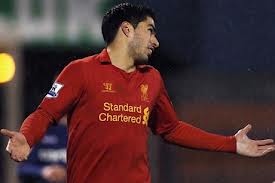 Man Utd played at home and to a fellow premiership team (Fulham) while others played away to other teams from the lower divisions; now playing to a lower division teams puts you at a disadvantage,
The pitch is usually unfamiliar likewise the players so you only have that game to get used to your unfamiliar territory thus the home team would have scored a few goals before you realize what is happening, this was the case involving Liverpool, Spurs and Chelsea.

Now how does this affect our bet markets in the FA  Cup?
1. Don't place sure bets on a premiership team playing a lower division team away, if you must , then i suggest you use the goals market instead, playing double chance might not be helpful except you place it on the home team winning or drawing.
2.Its better placing your bets on games involving 2 premiership teams as you can place a double chance on the 'stronger' team to win/draw.
The goals market will come in useful as well.

Don't allow yesterday's result to discourage you, its all part of the game.... 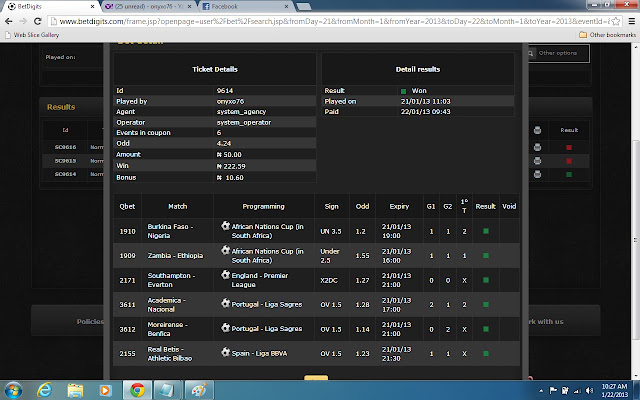 The Goals market is easy to use to win good bets particularly when its difficult for you to make bets on which team will win ,draw or lose.
I played this on betdigits.com yesterday and won a 6 game accumulator. This can be combined with other bet markets as well.
For you to make headway in this,you need to study your teams very closely,for example the last few games Nigeria played , i observed that we hardly score more than a goal or two per game. hence i was able to place a bet of under 3.5 goal for the match and this paid off well in yesterday's betting.

olayinka
A medical Doctor with interests in online making opportunities. A sports enthusiast with special focus on football and its income generating potentials